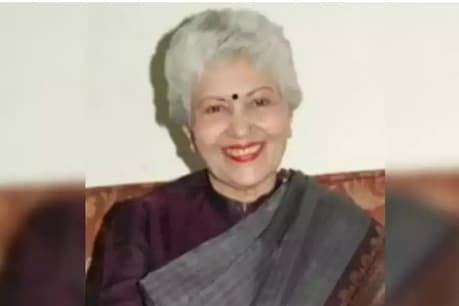 Mumbai: Veteran Bollywood actress Sasikala (Shashikala) has passed away. He breathed his last in Mumbai on April 4. Sasikala has worked in over 100 films. Sasikala was very popular in her grandmother’s role in Salman Khan’s film ‘Marry Me’. Sasikala was born in August 1932. He had gained a lot of prominence with ‘Outlaw’, ‘Rasa’ and ‘Kabhi Khushi Kabhie Gum’. Sasikala made a distinct identity in cinema Hindi her work in films like ‘Blue Akash’, ‘Small Meet’, ‘Chess’, ‘Gradually’.

Sasikala, who considered Mother Teresa a model, served the Hindi film industry for a long time. Sasikala was awarded the Padma Shri award in 2007 for her impressive contribution to films. In 2009, he received the Lifetime Achievement Award at the V Shantaram Awards.

She has been seen in the role of a quarrelsome mother-in-law many times. Apart from films, Sasikala has won the hearts of the audience with her tremendous performance in TV shows. Sasikala was very fond of fruity bindas and cool grandmother’s role in the TV show ‘Sonpri’. According to media reports, the late actor Sasikala will be cremated at the church in Colaba. The film world is deeply hurt and deeply hurt by the demise of the actor.