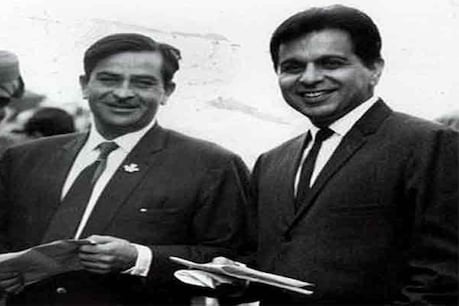 Hindi film industry showmen Raj Kapoor (Raj Kapoor) and Dilip Kumar (Dilip Kumar) have ancestral mansions in Pakistan. There is often talk of their occupation, but now the Pakistan government has decided to convert them into museums.

Mumbai: Hindi is great good news for the film industry. A good news has come from Pakistan about two of our country’s greatest and greatest actors Raj Kapoor (Raj Kapoor) and Dilip Kumar (Dilip Kumar). The ancestral home of both these artists is in neighbouring Pakistan. These legendary actors were born in this house. So these houses are associated with Raj Kapoor’s family as well as the sentiment of cinephiles. The condition of these old houses is no longer very good. Therefore, there has been a long-standing demand for their protection, which has been accepted by the Government of Pakistan.

According to media reports, the government of Pakistan’s state of Khyber Pakhtunkhwa has legally started preparing to buy the houses of India’s legend actors Raj Kapoor and Dilip Kumar. The Khyber Pakhtunkhwa government will take possession of these two houses under the Law Land Acquisition Act, 1894. Soon the owners of these houses will be compensated by the Peshawar commissioner. Dilip Kumar’s house has been priced at Rs 80.56 lakh and Raj Kapoor’s house at Rs 1.50 crore. The price has been fixed by pakistan’s archaeological department. Although the existing owners of these houses were not ready to sell it so legally the government is taking possession of these houses.

Tell us that the current owner of Dilip Kumar’s house had demanded Rs 25 crore for the house while raj kapoor’s house owner had demanded a price of Rs 200 crore. The state government says the owners are wrongly blackmailing government officials given the importance of these houses. Tell us that Raj Kapoor’s house is known as Kapoor Haveli. It’s in The Kissa Khwani Market in Peshawar. It was built by Raj Kapoor’s father Prithviraj Kapoor in 1918 and 1922.