Salim Khan (Salim Khan) wrote the film ‘Patthar Ke Phool’ for his son Salman Khan (Salman Khan) in which the actor did well. The author had ever explained why he doesn’t write a film for Salman Khan. 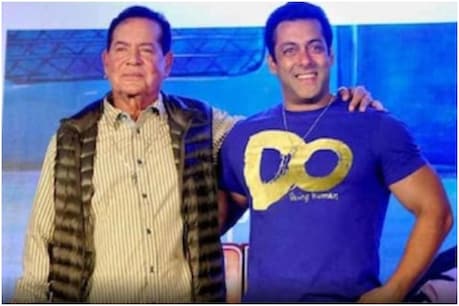 Meanwhile, a statement by Salman’s father Salim Khan has come up for discussion in which he is giving his opinion on the film ‘Radhe’. He says, ‘Dabangg 3 was different, Bajrangi Bhaijaan was good, but Radhe is not a good film at all, but commercial cinema also takes the responsibility of delivering money to everyone. This is what makes both cinema and business go. Salman has acted accordingly.’ Tell us that ‘Radhe – Your Most Wanted Bhai’ was released on the digital platform on May 13. Salim Khan has written films like Sholay, Don, Deewar but he has not written any such popular film for his son Salman. When asked why he doesn’t write a film for Salman, Salim said, ‘I wrote stone flowers for Salman, but today when I write a film, people ask why don’t you take Salman Khan if your script is good.’