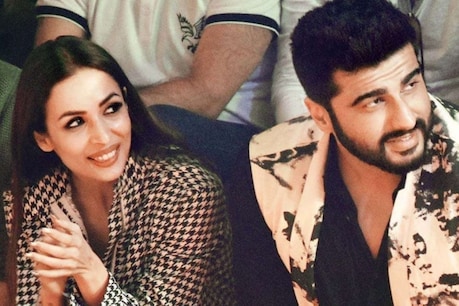 Malaika Arora-Arjun Kapoor have been dating each other for a long time. File photo.

Mumbai. The relationship between bollywood’s glamorous actress Malaika Arora (Malaika Arora) and actor Arjun Kapoor (Arjun Kapoor) is no secret. The two have been dating each other for a long time. The two have shared their fillings several times on social media (Social Media), after which they came under the scanner of trolls. However Arjun keeps his relationship extremely private. Recently, he himself uncovered why he and Malaika don’t talk openly about their relationship.

Arjun Kapoor (Arjun Kapoor) is making headlines these days for his film ‘Sardar Ka Grandson (Sardar Ka Grandson).’ In a recent interview when he was told that he belonged to progressive ideology. Because she is in a relationship with an older woman who also has a child from a previous marriage. In response, he said that I don’t try to talk openly about my personal life because I think you should respect your partner. On Malaika’s divorce, she said there was a past yesterday… And I’ve been in a position where I’ve seen things in public and it’s not always very good. Because it affects children. In the conversation, he further said that I keep a respectable boundary. I do it so that he doesn’t have any trouble, he’s comfortable. My career should not depend on my relationship.Tell you that Malaika divorced actor-producer Arbaaz Khan in 2017. The two also have a son named Arhan Khan. A few years after the divorce, reports of Arjun Kapoor and Malaika dating started doing the rounds. However now both share their pictures on social media.